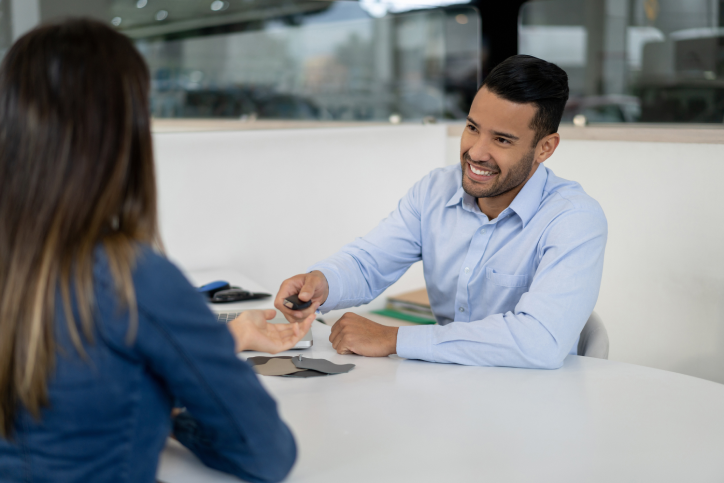 As with most new rules and laws, 409A plans were established in response to a significant public scandal—the Enron scandal. As talk of bankruptcy was looming, many Enron executives arranged to accelerate the payments under the company’s deferred compensation plan before the bankruptcy was finalized. The IRS became concerned that these executives weren’t being treated as general creditors as they should be. The primary concern was that current rules and laws gave executives in nonqualified deferred compensation plans flexibility and the ability to move their money around as they pleased. In so doing, it could give them certain tax advantages.

In response to what appeared to be an emerging issue, the IRS created The American Jobs Creation Act of 2004, which created Section 409A of the Internal Revenue Code. One of the main things that this rule does is that it prohibits participants from accelerating income during the time that it’s tax-deferred.

A company that has publicly traded stock makes its prices available on an ongoing basis. Getting a valuation for private company stock is a bit more complicated. The purpose of a 409A valuation is to provide the fair market value of a company’s common stock. The rules require an external auditor to review the valuation. Private companies are required to get new evaluations every 12 months, and at any time they close a new funding round.

In a broad sense, a nonqualified deferred compensation plan refers to compensation that the company promises to pay to its participants in a subsequent plan year. Essentially, workers earn a sum of money in one year and they get paid at some time in the future. A 409A plan sets a “strike price,” which is the price that employees can buy equity in the company. The “strike price” must be set at or above fair market value.

Why are they important?

The IRS recognizes the value that your private stock holds. When you don’t price it fairly and appropriately, the IRS could perceive it as giving away something of value without factoring the tax implications.

The reality is that most startups won’t be subject to a 409A IRS audit. As your company starts to become profitable, there is greater potential for an IRS audit. In addition to the audit, the Securities and Exchange Commission may scrutinize your pre-IPO stock awards. Both of these processes are expensive and time-consuming. A 409A evaluation will help to prevent these types of problems and also reduce the potential for lawsuits.

What are 409A valuation methods?

A 409A plan is equivalent to an appraisal. There are commonly three 409a valuation methods.

You can do a 409A valuation report yourself. This is a risky way to do it because it doesn’t provide you with a “safe harbor” factor if the IRS starts asking questions. If the IRS gets involved, you have to prove that your valuation is correct, and that might be tough to do. In trying to do your own valuation report, you could make some mistakes that could cause you problems later on. Doing a valuation report yourself is the least costly way, but it’s very risky unless you have the proper education and expertise to do it, which most companies don’t.

You can also hire a firm to perform your valuation. The benefit of doing it this way is that it offers you “safe harbor” protection. This shifts the burden of proof for the accuracy of the valuation to the IRS. The IRS will consider the education and reputation of the valuation firm that you used.

What penalties can you incur?

The penalties for not following 409A rules are stiff. If the IRS determines that an option holder is in violation of 409A, they will have a 20% federal penalty and any applicable state penalties. In addition, you will have to pay an IRS tax underpayment penalty and any interest on the unpaid taxes. You’re taking a big risk by not carefully preparing your valuation.

How much do they Cost?

You’ll find that valuation services span a wide range of costs. They can start as low as $1,000 and can be as high as $5,000. Some valuation firms allow companies to pay on an annual subscription basis. Other valuation firms offer more of an a la carte payment plan where companies only pay for the services they want and need. You should plan for the prices to increase as your company progresses from the seed stage to the Series A, B, and C fundraising rounds. The greater the complexity of your valuation, the greater you can expect the cost to be.

The Enron scandal is taking its place in history. History has told us that good things often come from bad situations. Enron helped to shape the 409A rules, which brought about a stronger focus on the importance of accurate and up to date valuations.

Start your 409A valuation process at the click of a button

Enjoy a low-touch, pain-free process. Our accounting partners have everything they need right there in EquityEffect. On top of that, your valuation is fully integrated with and stored on EquityEffect, whether produced by our partners or an accounting firm of your choice.

Request a demo with one of our specialists or sign up for free to try EquityEffect today!

Start your 409A valuation process at the click of a button

We've partnered with reputable valuation firms to provide accurate, fully independent 409A valuation services at a reasonable cost and timely manner. Enjoy a low-touch, pain-free process. Our accounting partners have everything they need right there in EquityEffect. On top of that, your valuation is fully integrated with and stored on EquityEffect, whether produced by our partners or an accounting firm of your choice.

409A Valuations in Startups: 409A Startup Overview

You’ve just recruited the first executive for your startup: a hotshot CIO. Naturally, you couldn’t…

409A Valuation Cost: Navigating 409A Prices and Providers

Every new venture starts with a dream. If you are a budding entrepreneur whose dream…

409a Valuation Methods: How to avoid issues with the IRS